People often claim that drinking gin will get them in a more emotional state. They can be sad or even start crying, thanks to gin. But is there any truth to this?

Yes, gin can make you sad or make you cry. Multiple organizations studied this phenomenon to prove this. However, the results did show that this is actually the case with most spirits, not just gin.

But why does gin, or spirits in general, make you sad or even cry? In this article, we’ll take a deeper look into why spirits can make you more emotional.

Does Gin Make You Sad; Truth Or Just A Myth?

Gin is an extremely popular drink with a refreshing and crisp taste. However, many people claim that drinking gin can make them more emotional, sad, or even make them cry.

Multiple different studies have been done, and the results were pretty clear. Drinking certain spirits are often connected to certain moods you have. These can range from angry to, of course, emotional and tearful.

Over 25.000 people between 18 and 34 years old were questioned. Almost 33% of the people questioned felt more emotional after a glass of gin or whiskey and some men even showed signs of anger.

However, these emotions are actually just showing stronger after a couple of drinks. When you feel sad or angry, this feeling gets amplified after a few drinks, especially when you’re drinking spirits.

Everybody has seen someone have a ‘breakdown’ at a party where booze was flowing like crazy, and that’s the basic explanation. Your emotions get amplified, making them stronger, which can lead to you tearing up or feeling down.

Alcohol also makes us more impulsive, so even though you don’t want to show your emotions, after a couple of drinks they’ll show themselves.

Isn’t This The Case With Every Drink?

Well, actually, yes. Alcohol is a sedative that depresses the central nervous system, which hinders our ability to regulate our thoughts and emotions.

Any alcohol drunk in large amounts or short timespans will have a similar sort of effect on our emotional state. Of course, the percentage of alcohol in the drink also plays a role. The more alcohol in a drink, the more you’ll feel the effects.

This is also because stronger drinks usually come in shots or strong cocktails. You can down a shot of gin (yes, you can take gin shots, go read our article here that’s all about gin shots!) much quicker than you can down a beer. This will lead to a quicker follow-up drink, resulting in you consuming more alcohol in a shorter time span.

Can You Prevent These Amplified Emotions?

No, you can’t actually prevent these amplified emotions, as it comes with the alcohol. You can, however, lessen the effect. The most sensible thing to do is to simply drink less. However, we understand that sometimes you want to let go a little, so here are some more tips.

All in all, it comes down to keeping control. We all know that drinking too much is bad for you, and now we know it also affects your emtional state.

‘Beer Before Liquor, Never Been Sicker’

This old saying is known to many people. Beer before liquor, never been sicker. Liquor before beer, you’re in the clear. But is there any truth to this?

Actually, yes. When you drink your liquor before you start on beers, you’ll end the night on a lower percentage drink. You’ll end with a softer drink that won’t hit as hard.

If you start out with beer, though, and after that decide to down some shots or cocktails, you’ll end the night with a much harder drink and you’ll probably get more drunk as well.

This saying, however, is more applicable when we’re talking about partying. If you’re just drinking a few drinks, then you can pretty much scrap these ‘rules’. A gin and tonic after a few beers will not cause you to be any more emotional. Just make sure you keep it at a few drinks.

There’s actually a rather dark backstory to gin. In the 1700s, the people of England were hooked on gin and certain legislations then in place allowed people to distill their own gin at home. When you distilled gin at home, you also wouldn’t have to house soldiers, thus resulting in the ‘Gin Craze’.

Thousands of gin distilleries started to pop up, making the price of a bottle of gin dirt cheap. In 1743, the average person drank 14 gallons of gin every year.

As the consumption of gin rose, so did the crime rate, death rate, prostitution, and even child mortality rate. Gin was even credited with decreasing fertility.

Despite all the bad factors, people did not stop drinking gin. In fact, they would go as far as selling their furnish or even their family members to get their hands on more gin.

Women were more addicted to gin than men, thus resulting in the name ‘Mother’s Ruin’, a call to the neglect that many mothers had towards their children.

Luckily, this was all solved with the ‘Gin Act’. The Gin Act prohibited the public sale of gin. Instead, you’d have to buy a license costing around 100.000 pounds. This, of course, is a huge sum of money that almost no one could pay.

The Gin Act, in combination with higher grain prices (Gin is made from grain) lead to higher prices for a bottle of gin, resulting in a more normal, less gin dependant society.

We talked about a lot of topics in this article, but it all comes down to some simple things. Drinking gin won’t necessarily make you sad, but it can make you more emotional.

Consuming strong spirits will suppress your nervous system, which makes you less in control of yourself (in other words, drunk or intoxicated). This, in turn, will amplify your emotions, making it appear that you’re sadder than you actually are.

In short, spirits will amplify your emotions. So, if you’re already a bit sad, drinking gin will amplify that. Both gin and vodka are among the most popular alcoholic drinks around today – they fly off the shelves in bars and supermarkets. Although they are very different drinks, there are enough similarities that make people wonder if gin is just flavored vodka. Gin is not just flavored vodka. Vodka is a neutral tasteless spirit… 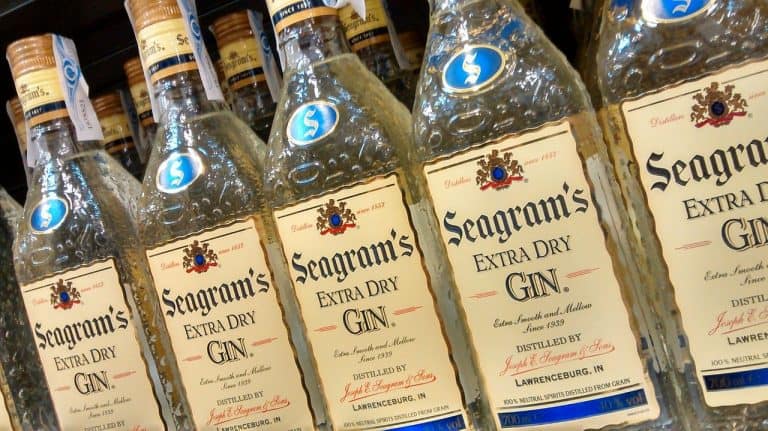 Gin is an amazing drink, commonly used for cocktails, but also great on its own. When you have a few bottles of gin, though, you might wonder, will gin expire or go bad over time? No, an unopened bottle of gin doesn’t necessarily go bad. Because gin has an Alcohol by Volume (ABV) of at… There are not a lot of drinks that are just as refreshing as a gin mixed with something. Gin is consumed best when it’s freezing cold, which may get you thinking… can gin go in the freezer? Your bottle of gin can for sure go in the freezer. Gin is best served really cold, so… Gin is a fantastic drink with a refreshing taste. On a warm summer day, you can easily drink a few of these refreshing drinks, but will gin get you drunk? Gin is an alcoholic drink with at least 37,5% Alcohol By Volume (ABV). This means that after about 3-4 drinks an hour, a man starts… If you’re looking to buy a gin for a special occasion or you just want a gin that you would probably really enjoy, it’s good to know what ingredients gin consists of. Gin makers use a lot of different botanicals to create their gin. But what exactly are gin botanicals? Botanicals are basically flowers, fruits,… The Best Gins To Use In A Negroni

With gin, you are able to create some of the greatest cocktails out there. One example of an extremely popular cocktail that requires you to... Can You Take Gin Shots

Imagine this: you’re at a party at one of your friends’ house and you and a few friends want to take some shots. You walk... How Should Hendricks Gin Be Served?

If you are an amateur gin fan, or even if you’re a gin connoisseur who just hasn’t had the chance to taste this brand, you...